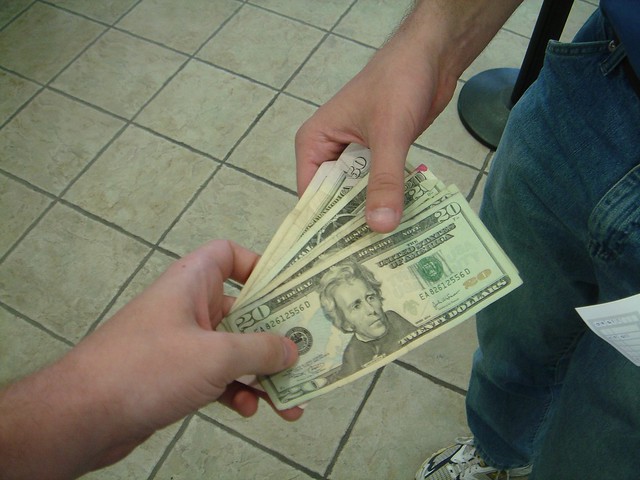 The American Rule – Each Party Pays Their Own Fees

Exceptions Allowing Recovery of Fees From the Losing Party

There are a number of exceptions to the “American Rule.” The winning party in a lawsuit may also recover his or her attorney’s fees under the following circumstances:

This article discusses this last exception. In order for a settlement offer to expose the other party to the obligation to pay attorney’s fees, the offer must be made in strict compliance with Florida law and Florida Rules of Civil Procedure. Such offers are referred to as “offers of judgment” or “proposals for settlement.”

Offers of Judgment & Proposals for Settlement

The Florida Legislature and the Florida Supreme Court have both adopted procedures to encourage parties in a lawsuit to settle their dispute without the expense of a trial. The Florida Legislature first enacted §768.79 Offer of judgment and demand for judgment in 1986. This statute established a process, which if carefully followed, reverses the “American Rule” and makes the losing party pay the winning party’s attorney’s fees. Either a plaintiff or defendant can invoke this statute, although the formula for determining who is winner changes depending on whether the plaintiff or the defendant makes the offer.

The bottom-line is that to be the winner under the statue, the party making the offer has to achieve an outcome which is at least 25% better than the outcome that would result if the offer was accepted. This requires the party making the offer to “discount” the amount they will accept or “enhance” the amount they will pay to settle the lawsuit in order to recover attorney’s fees under the statue

The specific steps to invoke  §768.79 Offer of judgment and demand for judgment, from the perspective of a plaintiff, are as follows:

The above procedure covers the basics, but in practice, the process is quite complicated. Where there is more than one plaintiff or defendant or when the lawsuit includes disputes regarding matters other than money damages the statute may be difficult to invoke or not even available.

Further complicating the matter is the constitutional issue regarding the separation of powers among the executive, legislative and judicial branches of our government. In Florida, the legislative branch consists of two bodies, the Florida House and the Florida Senate which are collectively referred to as the “legislature.” Laws are passed by the legislature, subject to approval or veto by Florida’s governor, who heads the executive branch of our government. The third branch of Florida’s government, the judiciary,  is governed by the judges serving on the Florida Supreme Court.

The legislative branch makes the laws, the executive branch enforces the laws, and the judicial branch interprets the laws. Each branch operates with independence from the other. This separation of powers and duties means that the Florida Supreme Court is responsible for the procedural operations for the court system. The Florida Supreme Court publishes “rule books” that serve as an operations guide for lawyers and judges in lawsuits and trials. For example, the court determines everything from the minimum font size that must be used in a court pleading to the time allowed for every task up to and after a trial which is part of a civil lawsuit. The “rule book” applicable to civil disputes such as personal injury lawsuits is called the Florida Rules of Civil Procedure. [pdf]

Sometimes it is unclear whether a subject matter is “substantive” or “procedural” in nature. Substantive matters are governed by laws enacted by the legislature and must be followed by the courts. However, the procedural matters of each branch of government are controlled by each independent branch. For example, the legislature, on its own, sets up committees, rules of procedure and otherwise controls its own operation. The judicial branch has similar authority over courts. What is less clear is when the legislature chooses to create a substantive right allowing one party to recover attorney’s fees from another, but then attempts to detail the specific process to enable this right which arguably invades the right of the judicial branch to manage the litigation process. The offer of judgment statute seems to be both procedural and substantive in nature.

If a law is determined by the courts to be procedural it may be found to be unconstitutional and therefore invalid. To minimize confusion, when a law is passed that may run afoul of the separation of powers, the Florida Supreme Court reviews such laws and sometimes adopts, as a rule, the same or similar verbiage contained in the statute being reviewed. The effect is that if the legislature and Florida Supreme Court are in agreement, it does not matter if the subject is procedural or substantive as there is both a law and a rule that say the same thing.

Accordingly, in response to  §768.79 Offer of judgment and demand for judgment, the Florida Supreme Court adopted Rule 1.442 Proposal for Settlement. This rule refers to offers of judgment as “proposals for settlement.” In general, this rule and statue are the same; however, there are a number of details in thisrule that are not covered in the statute. Some specific provisions outlined in Rule 1.442 are:

It becomes quite complicated to make an offer that complies with both the statute and the rule. This complication has led to numerous appellate challenges to fees awarded on the basis of an offer of judgment.

In early decisions, the trend of courts was to disallow the award of attorney’s fees under the offer of judgment statute and it was clear that the courts strictly scrutinized every technical requirement in both the statute and rule. A minor deficiency, especially in the context of multi-party litigation resulted in courts refusing to award fees to the prevailing party. The pendulum now seems to be moving in the other direction, and courts appear more likely to disregard technical objections and award fees.

Most recently, parties required to pay fees to the winning party have challenged offer of judgment for being improperly served. The issue to be decided is whether an offer of judgment is a “pleading” or “document filed in any court proceeding” that has to be filed in the specific manner required under Rule 2.516 Florida Rules of Judicial Administration. If an offer of judgment is determined to be a “pleading” or “document filed in a court proceeding” then if the party making the offer fails to serve the document in exactly the right way, then the offer may be invalid even if the mistake is insignificant and the other party actually received the offer.

For example, in 2017 the Third District Court of Appeal heard a challenge to an offer of judgment where the party making the offer sent the offer by e-mail but failed to format the e-mail in the exact manner required by the service rules. These rules cover matters as technical as which words must be capitalized in the subject of the e-mail. There was no argument that the offer was not sent or received. In this case, Wheaton v. Wheaton, 217 So.3d 125 (Fla. 3d DCA 2017), the court ruled that an offer of judgment must be served in the same manner as a court pleading and that any technical violation invalidated the offer.

Can I Use An Offer of Judgment in my Personal Injury Claim?

The ability to recover attorney’s fees can be an important strategic advantage to a plaintiff pursuing a personal injury lawsuit. Unlike parties in litigation regarding a contract which might include a provision entitling the prevailing party to recover fees, a personal injury victim is typically suing an at-fault driver or property owner and there is no contract right to enforce. Accordingly, the offer of judgment statute is often the only way a personal injury victim can recover his or attorney fees from the defendant or their insurance company.

Unfortunately, insurance companies often use their financial strength to discourage injury victims from receiving a fair settlement of their claim. When this happens, the only option is to hire a personal injury lawyer to file a lawsuit. The legal process is expensive and if a dispute goes to trial the amount recovered by the plaintiff is reduced by the court costs and fees incurred to achieve justice. Florida laws allow the injury victim to also recover most costs, but not the fees.

With the guidance of an experienced personal injury lawyer, an accident victim can make an offer of judgment at the early stages of the lawsuit. If the offer is accepted, then the case is over early, and althought the amount recovered may be discounted this is offset by avoiding the risk and delay of trial. However, if the offer is rejected as is most common, the personal injury victim now has the opportunity to obtain a judgment for his or her attorney’s fees on top of the judgment for costs and damages. This is a strategic advantage at mediation and in settlement discussions. If the matter goes to verdict, then the opportunity to recover fees can make a significant difference in the net money available to compensate the plaintiff for the injuries he or she sustained.

Offers of judgment are among the most complex issues in civil litigation. To discuss this issue or your claim, please contact our Orange Park personal injury lawyers 24/7 at 904.737.4700.